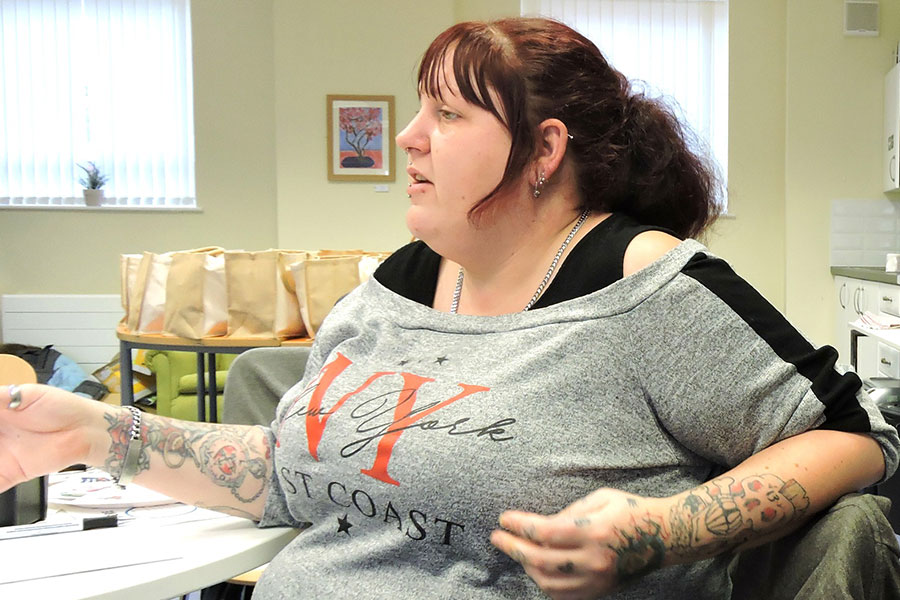 “Before Bridge I was on rock bottom and on the verge of losing my house, my kids and myself…”

Tasha was referred to the Bridge Project by Escape Family Support in May 2017 who told us Tasha had confidence issues due to being bullied and hoped Bridge could help her get started with things and to improve her life.

Having worked since she was 15 years old, Tasha left school with 9 GCSE’s followed by SVQ Level 1 & 2 in food preparation and hospitality – a qualified chef, Tasha left her job when she had her children due to the long unsociable hours. Later diagnosed with anxiety and depression Tasha was prescribed with
antidepressants although wasn’t offered any form of talking therapy. She also had a previous issue with alcohol misuse, self doubt and panic when travelling.

Tasha met with her Bridge Worker Claire who supported her initially by talking through her situation and identified some goals and actions to tackle the
barriers preventing her from getting back into work. Bridge Partner organisation Citizen’s Advice Northumberland helped Tasha with debt advice and other
financial support, while our other partner Cygnus Support helped Tasha work through her mental health issues through confidential counselling sessions.

“I felt like there was no way out of my situation – everything was piling on top of me”.

Claire helped Tasha to work through some child care issues and helped to source some voluntary work at Escape Charity Shop in Blyth, something
Tasha had expressed an interest in.

During her time on the Project, in addition to tackling debt and mental health issues Tasha has thrown herself into various creative activities which have helped to increase her confidence and enabled her to express herself. One activity was a digital media workshop where she helped to create a podcast, recorded a song and got to have a tour of Metro Radio in Newcastle where she got to experience how radio news is broadcast and met two of the radio presenters from the Breakfast Show, Steve and Karen.

Tasha would love to extend her creative and artistic side and work as a Tattoo Artist and feels she has overcome most of her issues and is really grateful to
Bridge – so much so she said she would love to be a Bridge Worker herself so she could help people in similar situations get their life back on track!

“I’ve loved the art sessions – they were unusual and not something I would have thought of doing…the digital media workshops and trip to Metro Radio was good and it was great to meet Steve and Karen”!

When talking about the Bridge Workers, Tasha refers to them as being like “a bunch of little Nanny McPhee’s running around helping people” and feels really positive that the Bridge Project helped her to make changes to her life when she really didn’t think we could when we first met her.

“I wouldn’t be here without Bridge. My life is much better now – I’m now able to put my past behind me and move on”.

What’s next for Tasha?