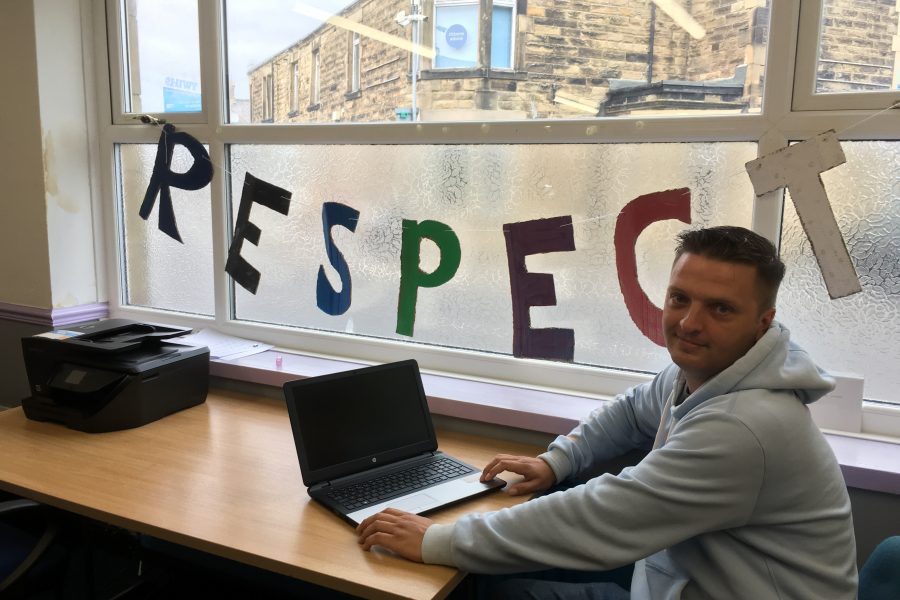 Shaun says, “The whole period on Bridge has been just one word, amazing. The staff have been friendly and welcoming. Since doing Bridge I am better off financially and they have opened new doors for me.”

Shaun is from Amble and has a young son. He contacted Bridge in Sept 2020 as he was unemployed and struggling in his search for work.

In his first meetings with Andrew, his one-to-one Bridge Worker, it was clear that multiple barriers had to be overcome before Shaun could realistically hope to find work. Shaun had issues with housing, problems with his mental and physical health and financial concerns.

Every Bridge participant is offered a free ‘MOT’ of their finances with advice on budgeting and dealing with debts provide by our partners at Citizens Advice Northumberland. That meeting with enabled Shaun to sort out his finances and access the correct benefits. With support from his Bridge Worker and Citizens Advice Northumberland he moved to a new property and obtained a grant to help with making it into a home for himself and his young son.

Shaun’s physical health also needed urgent attention, he was supported in seeking a GP appointment and then hospital treatment for a previously undiagnosed health condition, alongside counselling for his mental health with our partner Cygnus. With his physical and mental health in much better shape Shaun’s confidence and motivation began to increase.

Shaun’s next step was to look at his skills and what he could do to improve them. Through one-to-one classes in English and maths with our partner Northern Learning Trust, Shaun has made significant progress with his own abilities and is now able to support his son with his schoolwork. This is something that has provided immense satisfaction and sense of accomplishment to Shaun as his son means everything to him.

Shaun’s personal progress through the programme has been huge and he has made significant changes to his life. Overcoming huge obstacles of physical and mental health, he and his son have a new home and the family finances are under control. Shaun is now in a positive, motivated and confident place to move forward and be successful in finding work, something Shaun says he can now see himself achieving in the future.

Shaun says, “The whole period on Bridge has been just one word, amazing. The staff have been friendly and welcoming. Since doing Bridge I am better off financially and they have opened new doors for me. I cannot thank Andrew, Joy, Kirsty and Lorraine enough for the support they have given me and the changes it has made to mine and my son’s life. It is time to put something back in the pot for all the help I have received”.

To put something back, Shaun is currently training to become a Bridge Connector. Connectors are people who have completed a programme with Bridge and use their experience to help and support others as they start their programme. Being a connector and supporting others is something Shaun would have considered impossible for him at the start of the programme, it really shows the progress he has made by becoming a Connector. He is also currently working with one of our partners, Community Action Northumberland at the Amble Employment Hub, supported by Joy, in searching for volunteering opportunities and working towards successfully finding employment in the future.

Joy says “It has been quite a journey for Shaun, and for the most I have been part of.  He has made significant changes in his life, all for the better.  He continually tries to improve his life and that of his young son.  I’m full of admiration for Shaun for these reasons mentioned – more so since he has started training to become a Connector.”

Shaun says, “Joy has supported me with weekly contact visits into the local hub at Amble or by phone during the difficult times of loneliness during the lock down period there was always a weekly friendly voice at the end of the phone. I would advise anyone to join Bridge. Don’t hesitate pick the phone up and refer yourself.”