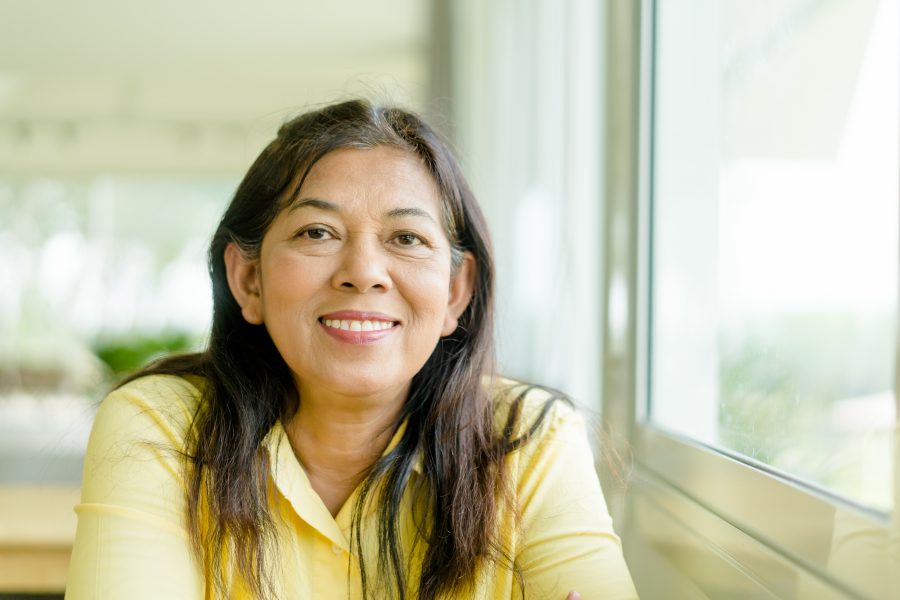 "It just goes to show that with a little boost and understanding from organisations like this how far you can go. For me, Bridge Northumberland has been a lifesaver."

Maureen signed up to Bridge in February 2021, having lost her job as a result of the COVID-19 pandemic. She had a longstanding background in retail in both Customer Service and Management positions. Having worked in this area for many years Maureen had acquired a wealth of transferrable skills. However, Maureen’s confidence in her ability was rather low.

At Maureen’s first appointment it was evident that she wanted to embrace learning and change her employment prospects. Support was offered via frequent telephone calls, CV preparation and motivational work. A barrier that Maureen faced was a lack of up to date IT skills and IT equipment to enable her to progress. Bridge supplied her with a laptop and ongoing support in terms of online IT courses. Following on from this Maureen then registered and engaged in an IT course with Newcastle College and is still continuing with this.

This intervention has given Maureen the confidence back in herself and her ability. With support from Bridge Maureen proactively applied for new positions and was offered not just one – but three – interviews all in administrative roles, which proved her progression in terms of IT and confidence. Prior to her first interview Bridge offered support with interview preparations. After completing her first interview Maureen was offered a position with Northumberland County Council as an Administrator.

“With a further two interviews still to go I am more than confident that further job offers are around the corner. It has been an absolute pleasure to support Maureen and I wish her every success in her future and where it takes her, well done!”

Here’s Maureen in her own words sharing her journey:

“I’m 53 years of age and worked in fashion retail for approximately 20 years. I was made redundant twice in that time – the second coming in 2020 due to the COVID pandemic. I lost a job I loved and was faced with being unemployed and feeling old and uncertain, but I knew that I did not want to return to retail after what I had experienced.

“So I ‘signed on’ as they say and started to look for admin work. I was put in touch with Hollie Furness from The Triage Team and after discussions with her she decided the best thing for me would be the Bridge Northumberland programme, I cannot thank her enough for that as it turned out to be exactly what I needed.

“After an initial appointment with Eve I was put in touch with a lovely lady called Kyra who agreed she would do all she could to secure me a device from which I could conduct job searches and apply for jobs, as from our first discussion she could tell I was very frustrated by my lack of such. I had been searching and applying through my mobile phone up to that point and was finding it quite difficult. Between Eve and Kyra they came through and offered me a laptop which was honestly THE BEST THING EVER at that time, it made everything so much easier.

“I disclosed to them that I felt I was lacking in experience and confidence for the job I wanted and needed to brush up on my IT skills. No sooner had I said this than they were sending me links to different courses and encouraging me to enrol. They also sent me links to jobs that they thought I could apply for. My confidence soared after speaking to these ladies, I owe them a lot and would sincerely like to thank them with all of my heart as I know for a fact that I would not be in the position I am in today if it were not for them. I know it’s “their job” but I did not at any time l feel like I was just another one. Their personal attention to me was second to none and I really appreciate it.

“So here I am today with not only one interview down and a job offer but two other interviews booked in too. It just goes to show that with a little boost and understanding from organisations like this how far you can go. For me, Bridge Northumberland has been a lifesaver. Thank you.”