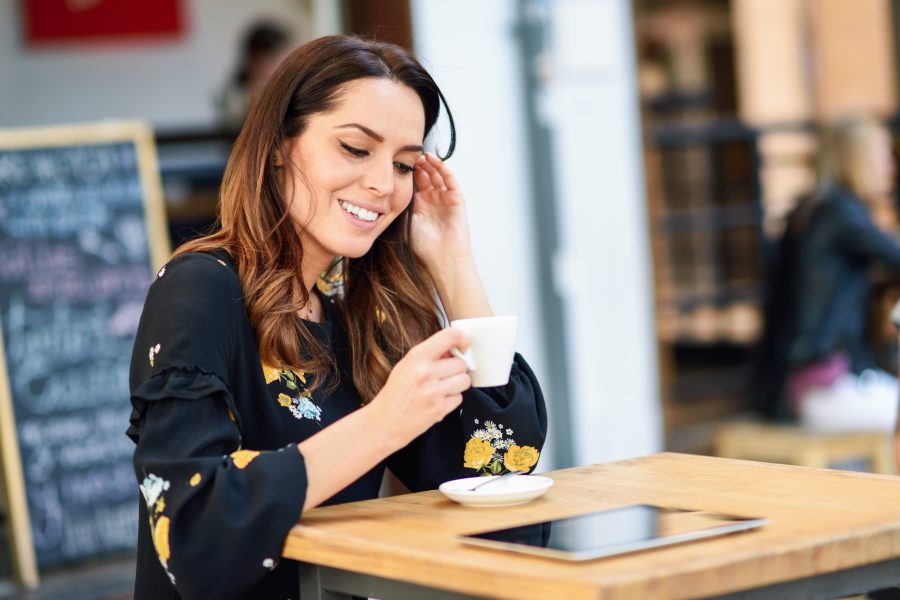 “Bridge Northumberland has good resources to help you. I would say to anyone go for it, everyone is so lovely. Teck’s constant support was invaluable through my time with Bridge.”

Louise, 49 from Haydon Bridge self-referred herself to Bridge after finding us on Facebook in April 21. Three years earlier Louise was in a well-paid job in a successful wine bar, had a partner of 12 years and a home. She also ran her own clothing business. One morning everything changed, on her way to work she slipped on the step and fell breaking her leg. After initial treatment at Hexham she was referred to Northumbria hospital and was then off her feet for three months.

In those months her life changed. She lost her job, partner and her home, not surprisingly the circumstances caused her to have a have a breakdown.

After an offer from a friend to leave it all behind she headed off to Cyprus. In Sept 2020 Louise decided she needed to head home and restart her life. Louise arrived back in the UK to live back with her parents and was offered a job in hospitality, things looked to be improving. In late Sept 2020 the UK went into another lockdown and the hospitality industry was closed again so the job offer disappeared. With no home of her own she spent December through to April 2021 in her brothers spare room in Scarborough. Her brothers support was invaluable and he was a nurturing influence. In April 21 she returned to her parents home and decided to join Bridge Northumberland for support to rebuild her life.

Louise was allocated Teck as her one-to-one Bridge Worker and they started with a financial assessment with Citizens Advice to support Louise with a benefit claim. Since the accident three years earlier Louise been living on her savings. It was then to mental health and well-being support, Louise was referred by Teck to Cygnus Support and Lorraine from Cygnus started sessions with Louise. Louise says the counselling with Lorraine was amazing, it really enabled her to rebuild her confidence. She had received counselling in the past but it was nothing like this. Feeling positive and with Teck’s support Louise found a new home and moved in Sept 21.

Teck supported Louise with rebuilding her skills, with sessions from BRIC, Louise had some IT refresher sessions to update her knowledge. Louise says she found the sessions with BRIC invaluable. With Louise’s home sorted and her mental health in a better place and her confidence and her drive returning, job searching started. Louise saw a role advertised in a new menswear store in Hexham and applied and was successful in gaining an interview.

As preparation for the interview Teck arranged for Louise to visit SmartWorks Newcastle for an outfit to wear. Louise was so impressed with the clothing service she says she would be keen to volunteer for them in the future. With the outfit sorted and Louise feeling confident she had her interview and was delighted to be offered the role. The job had attracted over 40 applications, Louise had been the first choice for the job.

Louise is now in a very different place to April 21. In less than a year she has rebuilt her confidence and drive, found a new home and started her new job. We are thrilled she has been able to make the changes she wanted and wish her well for her future.

Louise said: “Bridge Northumberland has good resources to help you. I would say to anyone go for it, everyone is so lovely. Teck’s constant support was invaluable through my time with Bridge.”