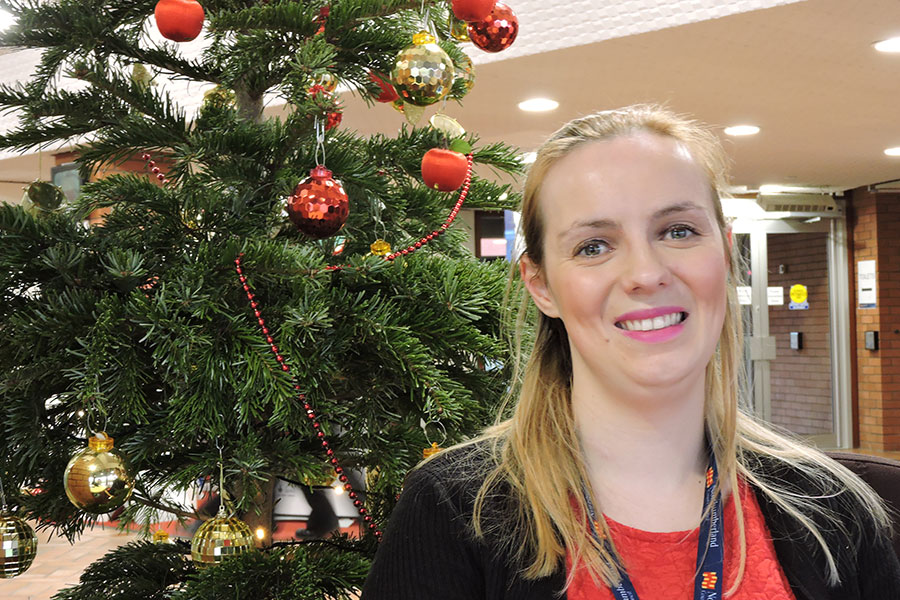 “Before Bridge I was very low and depressed. I had no motivation to do anything.”

With previous work experience as a support worker in the care sector, helping people with learning difficulties, Lindsay gained Level 3 in health and social care and child care. A bad experience resulted in her losing confidence and becoming unemployed for about 6 months.

“I’ve worked before but despite the bad experience, I’m desperate to move on and do something with my life…”

Lindsay who also has learning difficulties wants to build up her skills and experience and thought an apprenticeship would be a great place to start on the ladder. She finds it difficult to process multiple tasks which can increase her anxiety levels and finds sometimes people aren’t patient or understand her needs which can knock her confidence levels. When asked how her confidence levels were before Bridge, Lindsay felt she was a 3 out of 10.

With the support of her Bridge Worker, Sheena she’s carried out various activities including; helping to write a CV to outline her skills and experience, taking up a voluntary role with one of our Bridge Partners, Citizens Advice Northumberland, where she supported in an admin role – one she loved which took her in a different direction to the care industry.

Gaining valuable skills during her voluntary role, which helped to increase her confidence, Lindsay felt it would be helfpul to increase her confidence further and to move on by starting with an apprenticeship. With Sheena’s support this was realised when enquiries were made within Northumberland County Council who offered Lindsay an apprenticeship in the Parking Services department.

The apprenticeship Lindsay is completing is Level 2 Business Admin and in her role she deals with the post, scans documents and logs them onto the
computerised system. In the new year she’s hoping to progress to dealing with parking permits and dealing with enquiries over the telephone – something that knows will certainly increase her confidence. She also helps to manage a lone working system for the Civil Enforcement Officers. The apprenticeship is for one year which will lead to an NVQ qualification and hopefully employment.

“I’m not thinking too far into the future, but I would be more than happy to progress onto NVQ level 3!”

When we asked Lindsay to describe the difference Bridge has made to her life she told us that she’s had so much support that she desperately needed from
Sheena, Citizens Advice Northumberland and Northumberland County Council which has boosted her confidence and she doesn’t think she would be doing
what she is doing today without the help of Bridge. Lindsay has mixed feelings and still has her ups and downs but is feeling more positive about her future – her confidence has increased to 5 out of 10 since she enrolled Bridge so things are heading in the right direction…

Lindsay would love to get into permanent full time employment in an administration role but for now is focusing on continuing to build her confidence, gain valuable skills and experience to update her CV and gain her NVQ qualification.

What’s next for Lindsay?

You could become one of our success stories too! Get in touch for a friendly chat to find out more about our programme.