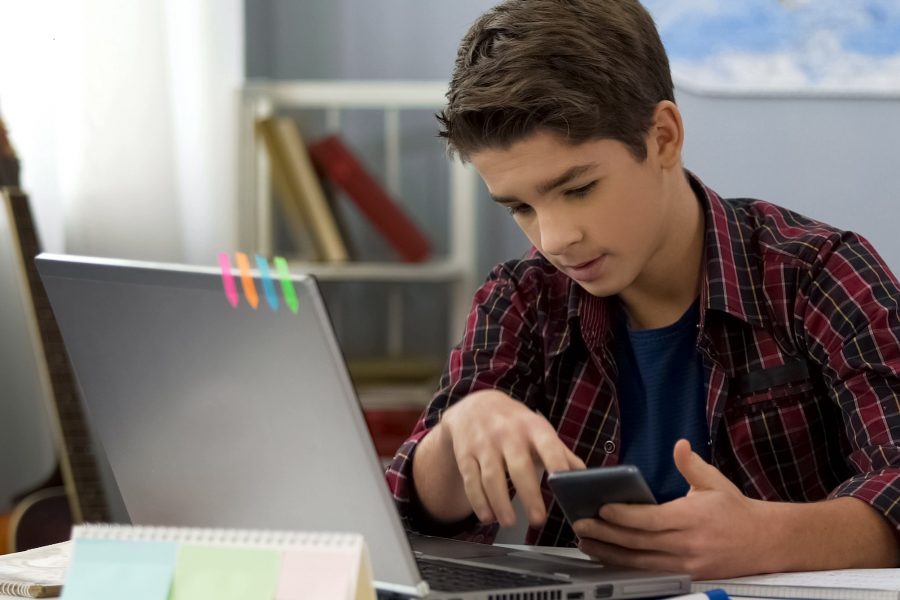 “The progress and challenges that Jayden has overcome to improve his chances of employment are massive and I am extremely proud of how far he has travelled on his Bridge journey.  There are few opportunities in Berwick so I was pleased that Jayden embraced the opportunity to travel to Newcastle; It’s been a pleasure working with him and watching him grow in confidence”.

Jayden, from Berwick-Upon-Tweed, is embracing his new-found confidence after joining the Bridge Project in August 2020.

Prior to joining, Jayden would spend most of his time in his room where he felt isolated and lacking social skills when it came to meeting new people his own age. Jayden, who also has Autism, found communicating difficult at times but this improved quickly when he started to talk to Eve, his Bridge Worker. He explained how he would like to improve his maths and English skills and was introduced to Kyra, a tutor with Northern Learning Trust, based in Berwick.

It didn’t take long for Jayden’s friendly personality to shine through and his motivation to learn started to develop. With support, Jayden was completing weekly activities to improve his skills and it was clear that Jayden wanted more out of life.

Christine, Jayden’s mum explained that he had lost contact with his school friends and she was concerned that he didn’t know anyone his own age. With this in mind, it was important to find something suitable for Jayden to enable him to meet with other young people and improve his confidence.

Eve contacted Newcastle United Foundation and secured Jayden a place on the Prince’s Trust Team Programme where he would go on to complete a 12-week course in Teamwork and Community Skills which would prepare him for employment in the future. Nervous at first, Jayden took this in his stride and travelled down to Newcastle from Berwick, on his own, three times a week which in itself, was a huge undertaking but gave him a real sense of independence.

Speaking with Lee, the Project Co-ordinator at Newcastle United Foundation, he explained how impressed he was with Jayden’s progress on the course and the positive impact he was having on his peers; taking one of the other learners ‘under his wing’ and supporting others in group activities, he was a real asset to the group. Jayden exceeded his own expectations whilst on the course which was made increasingly challenging due to the pandemic.

“The progress and challenges that Jayden has overcome to improve his chances of employment are massive and I am extremely proud of how far he has travelled on his Bridge journey.  There are few opportunities in Berwick so I was pleased that Jayden embraced the opportunity to travel to Newcastle; It’s been a pleasure working with him and watching him grow in confidence”.

With employability skills gained whilst on Bridge and on completing his course, Jayden decided he would like to find employment.  Jayden has now been successful in obtaining employment at a holiday park in Berwick via support also from “The Kickstart Programme” and is doing brilliantly.