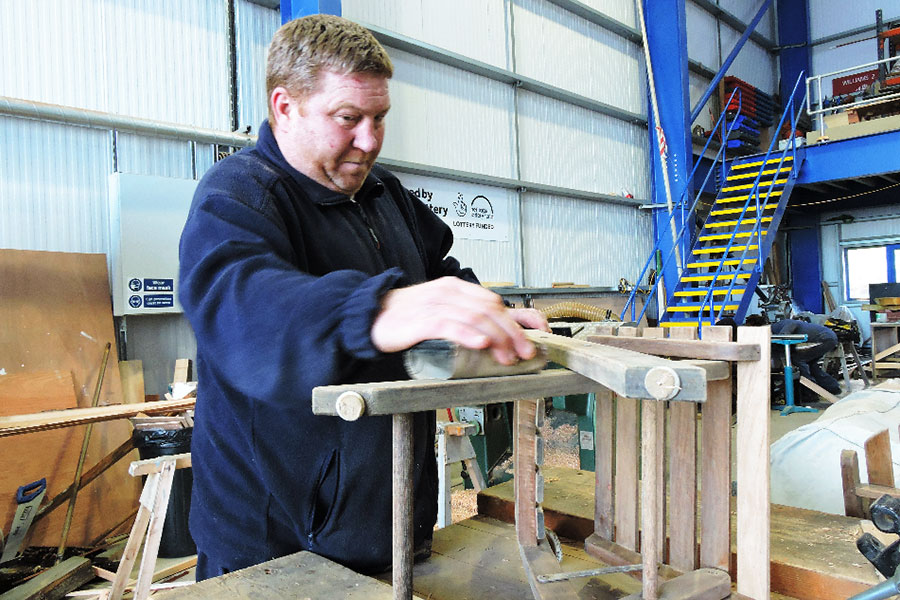 “I sat at home and wouldn’t go out of the house. I wouldn’t open the door to anyone and kept my curtains shut…”

Darin was referred to the Bridge Project by one of our Partners, Northumberland CVA having been unemployed for two years.

A qualified electrician (having gained an HNC) Darin worked for around 8 years before breaking away to start a partnership of his own. Unfortunately this didn’t work out and he found himself unemployed which led to financial difficulties and breakdown of his marriage.

Darin explains that before Bridge he felt very anxious and depressed and seemed to be in a hole he couldn’t get out of. He was allocated a Bridge Worker, David who would give him 1-2-1 support, taking things at his own pace and encouraged him to take the first steps, starting with encouraging Darin to leave the house.

Unhappy in his current home due to an antisocial neighbour, a family friend offered Darin the opportunity to rent one of his new properties which gave him focus and a better outlook removing himself from the neighbour who added to his anxieties. This new property gave him the chance to use his hands in the way of decorating and sanding down and restoring an old fireplace, something he enjoyed doing…

Working through his issues, David helped to bring focus to Darin’s life, got his debts sorted via Citizens Advice Northumberland and secured a volunteering position through the Supported Volunteering element of the project through Northumberland CVA at Blyth Tall’s Ships, a charity based in Blyth.

Darin has been a volunteer with Blyth Tall Ship now for around two months and is loving every minute of it. It’s given him something to get up for in the morning as he’s learning new skills and meeting new people. Some of the tasks he’s been involved in are sanding down, varnishing and bringing back to
glory some of the original woodwork, restoring the fabulous Williams II as it prepares for its Voyage to the Antarctic in 2019, something Darin would also like
to get involved in and has already applied for a place on the Voyage.

“I’m far more positive now and confident if things ever go wrong I can look back and see how much things have changed in the last 18 months….”

During his time with Blyth Tall Ship Darin has used his electrical skills and would also like to gain his PAT testing Qualification to give him further work opportunities which is something the Bridge Project can also help him to achieve.

Darren found Bridge very helpful and felt it was much better than other support where he said you are just a number and only there to tick boxes. On first meeting David, Darin said he felt nervous and a little shy but David made him feel at ease and said that the 1-2-1 support he’s had has been invaluable and to know there is someone with you who genuinely wants to support you make changes to your life is really nice. Since his new gained confidence through his volunteering role, Darin is now building relationships with family members and has grandchildren who he is more than happy to look after on babysitting duties when the need arises.

“Things are so much better, I’m talking to my Mam now, I have a new house, hopefully go on the Tall Ship Voyage and I’m even going abroad on holiday with my family!”

When asked if he would recommend Bridge to other people Darin didn’t hesitate in saying YES because it has changed his life. Having a dedicated Bridge Worker to help and support him through his problems has made such a difference.

Darin would like to go out to work every day and is looking forward to what the future will bring.

What’s next for Darin?