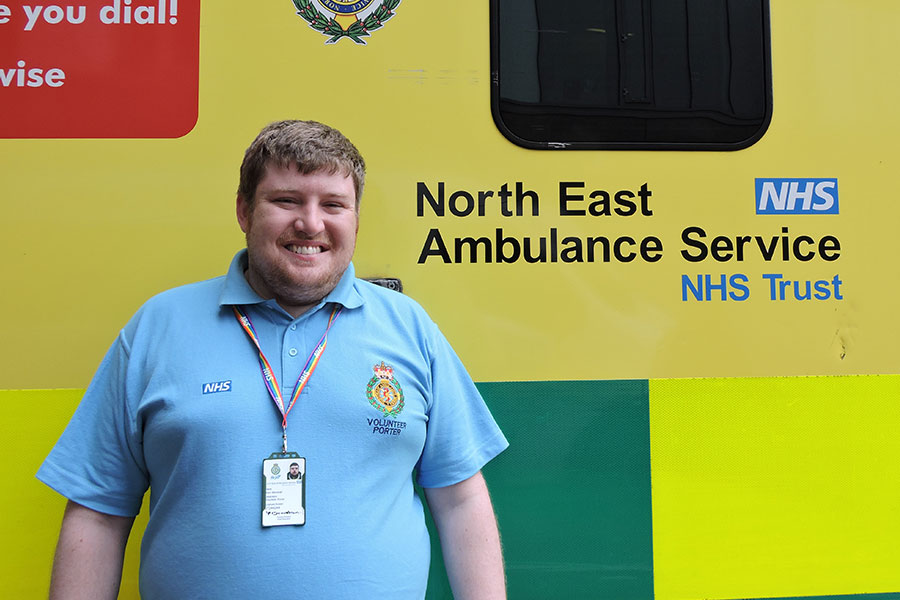 “Before Bridge I was very shy and anxious around new people”

Alex was referred to the Bridge Project in December 2017 via his local Jobcentre as they recognised he needed a bit more specialist wraparound support.

Alex who has never worked had been through several different organisations who were unable to support him in the way he needed. Alex explained that “I feel like I am stuck when all my friends are moving on in their lives.” Alison who was assigned his Bridge Worker assured him that Bridge could help with that.

On the autistic spectrum Alex has a keen interest in drama, trains, aeroplanes and travel. His ideal job would either be working with trains or in an airport or as a hospital porter. Alex didn’t attend mainstream school and did struggle with numeracy and literacy due to his learning disability.  Alex was very shy when we first met him and his parents explained that he is nervous around new people. He was also feeling very low at his first meeting with Alison.

Alison arranged for Alex to attend Contact for some counselling to help build his confidence, supported him around ESA and a PIP assessment and engaged him in creative activities to learn new skills, meet new people and increase his confidence.

One of the creative activities Alex is attending is a 6 week creative taster sessions with artist Tommy Anderson where he will learn Typography, photo collage, digital photograph and other arts and craft media with beneficiaries who are also on the Bridge Project.

“Before Bridge I was very shy and anxious around new people”

Alex was part of a group of beneficiaries who got involved in creating a Podcast through Baeur Media (you will be able to hear some of this on one of our audio adverts promoting the project!). The final session resulted in a tour of Metro Radio in Newcastle where Alex got to sit in the newsreaders seat and the highlight of the radio station tour he got to meet his favourite DJ’s Steve and Karen from the stations’ breakfast show and chatted with them.

Alex was very keen on any voluntary opportunities with the NHS in a hospital and through a contact within the NHS volunteering sector Alison supported Alex in securing some voluntary experience.  He began in supported volunteering at Wansbeck General Hospital as a greeter along with a buddy to support him at the hospital entrance where he offered directions to people coming to the hospital for appointments or to visit other patients.  Alex started to really thrive in the hospital and his confidence started to grow and he was very keen to move away from the greeting side and wanted to pursue voluntary work as a hospital porter.

Through the NHS Volunteer coordinator he met with the volunteer coordinator at the North East Ambulance Service who understood Alex’s needs and the support he would need to fulfil the role of porter.  Following an application process Alex was offered a voluntary position at the Royal Victoria Infirmary (RVI) in Newcastle and has been allocated a buddy to work alongside him to support him if he needs any guidance throughout his shift.

Alex is now in his volunteering role as volunteer porter with the North East Ambulance Service based at the RVI and he is loving every minute. His confidence is growing each and every day and he is so excited to be part of the team.  Alex feels he is now useful and that he is doing a good job that is important to people and said

“Before meeting Alison and being on the Bridge Project, I could never have seen myself here in the RVI working as a volunteer porter. Thank you.”

When Alison spoke to Alex’s Mum recently, she gave a fabulous description of how he is now

“Alex hasn’t got feet now he has wings!”

What’s next for Alex?