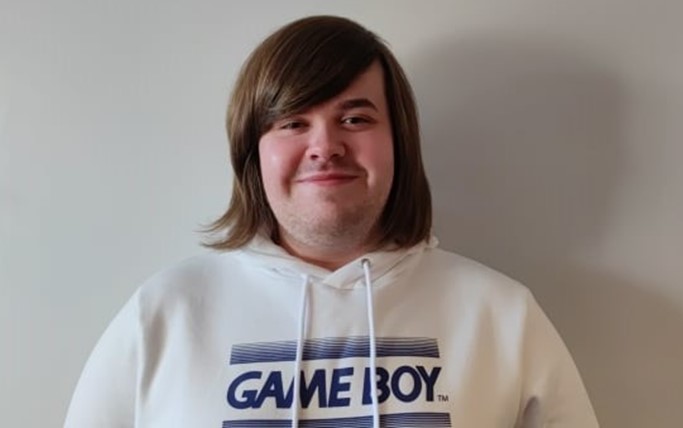 From the first meeting it was clear James was feeling very nervous and a bit overwhelmed regarding applying for jobs after not working as he was studying for the past two years. He felt he lacked experience and his confidence was low. This needed to be addressed

James (22) from Pegswood joined Bridge in November 2020.  After studying and gaining a BSc in Geography and Natural Hazard Management at the University of Chester, James was lost after university ended to what was next. With the added complication of an ongoing pandemic and not really being sure of any long-term career path, James was feeling stuck.

After signing up with the Jobcentre in Morpeth in October, James was introduced by the job centre to the Bridge Northumberland at the beginning of November. Within a week Bridge contacted him and he had his first meeting with Tom his Bridge worker.

From the first meeting with Tom it was clear James was feeling very nervous and a bit overwhelmed regarding applying for jobs after not working as he was studying for the past two years. He felt he lacked experience and his confidence was low. This needed to be addressed, James was referred to our partner Cygnus Support where he received some work coaching sessions from Amanda. Amanda worked with James to develop his confidence and self-esteem and on developing skills interacting with people. These sessions helped James, boosting his confidence and making him realise that he was more qualified than he thought.

With James in a better place with his self-esteem and confidence Tom could begin supporting James with job searching, firstly pointing James in the right direction regarding where to look for work.  Then providing help on how to put together a CV and working on cover letters for applications. With job applications going out it wasn’t long before James had three interviews in place. Tom prepared James for the upcoming interviews with practice sessions.

While job applications were ongoing, James did a financial assessment with our partner Citizens advice to support him with his student finance and any other money issues.

It wasn’t long after one of the interviews when James heard he had got a job!

He was offered the role of Communications and Development Assistant at Cygnus Support, as part of the Government’s Kickstart programme. James started his new job at the end of July and is settling in well. We wish him well for the future.

James says; I started here at the end of July and I am enjoying it so far. I decided to get involved here after recognising the importance of the mental health and well-being services offered by both Cygnus and Bridge.